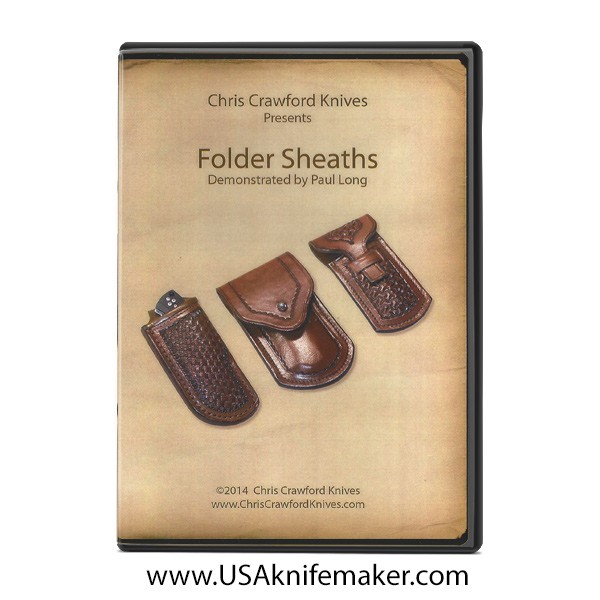 Made in the USA

Paul Long started working with leather while attending Texas A&I back in 1951, and it remained a hobby of his until he retired in 1995. After retirement, Paul trained with a master boot and saddle maker for a year. This gave him a good foundation for taking his leather work into almost any direction. In 2004, Paul was asked to make some sheaths for a friend of his who made knives, and the rest is history. Now Paul specializes strictly in knife sheaths, and with nearly 60 years of experience in working with leather, he has become one of the leading sheath makers of our nation.

Some of the topics covered are:

- Pattern making for the three sheaths

- Lining the inside of a sheath