Out of stock
SKU
BVPV-CC-IntermediateSlipjoints
Shelf Location
L2.5
$40.00
Notify me when this product is in stock
Print Add to Wish List 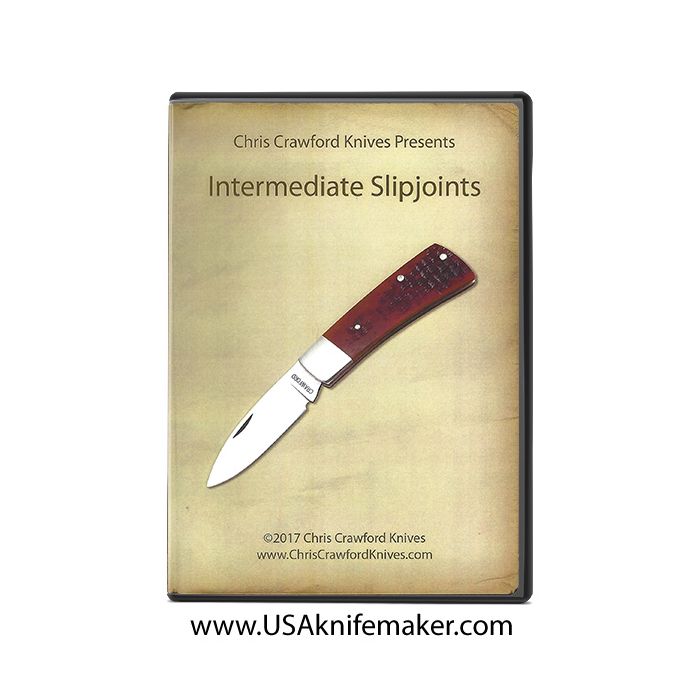 In 2001, I put together an online tutorial demonstrating how to build a slipjoint. Then in 2009, I released a DVD demonstrating the process. As you can imagine, my methods changed between 2001 and 2009, and they have continued to change since then.

I’m replacing the DVD that I released in 2009 with two new titles, Basic Slipjoints and Intermediate Slipjoints.

In this three DVD video set I demonstrate how to make a more advanced slipjoint than I did in the basic video. I also use more advanced tools and equipment, which allows me to produce a higher quality knife.

The knife that I make in this video has an O1 blade and spring, jigged bone scales, and nickel silver bolsters, liners, and pins.

Some of the topics covered here that are not covered in the basic video are:

Reviews
Write Your Own Review
Related Products
Check items to add to the cart or
We found other products you might like!