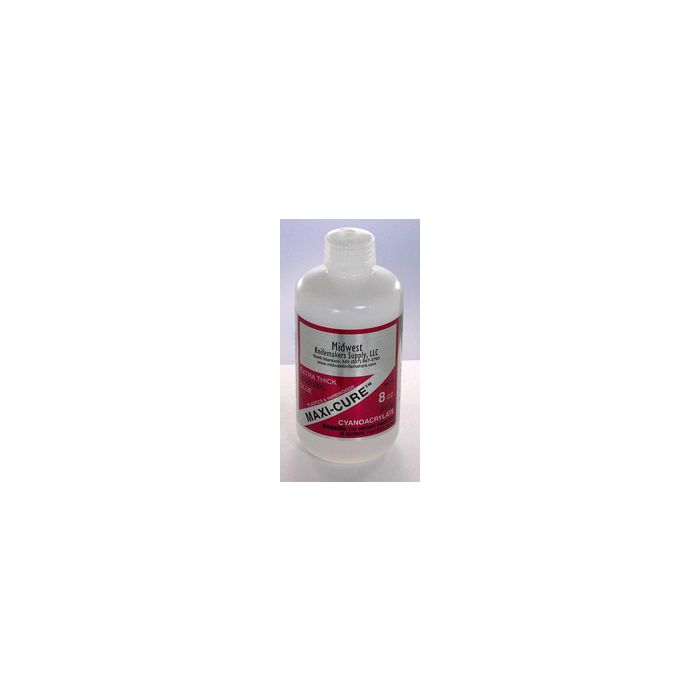 What is the single best thing I can do to get a good bond with my adhesives?

Nothing else comes close to proper surface preparation! Nothing. You can have a mediocre adhesive vastly out perform an exceptionally good adhesive with great surface preparation vs poor surface preparation. I?ve done extensive testing on adhesives and this was clearly single most important thing I learned during my testing. The best surface preparation is sandblasting with a large grit abrasive. Most of the adhesive manufactures use sand blasted test coupons for a reason. It provides the best surface for adhesion. Don?t use soap or acetone to clean a surface. Both leave residue that will hurt adhesive performance. I use 90% isopropyl alcohol to clean dirt and oil which is dirt cheap by the quart at your local Wally world.

My epoxy doesn?t seem to be completely cured. It still feels tacky on the surface. Is it defective?

Several factors can affect the curing of epoxies. Not mixing equal parts is usually the first suspected cause of problems, but since the 50-50 ratio has a plus or minus tolerance of about 10%, this is rarely a problem. Sometimes modelers will intentionally mix in extra hardener. This is not recommended! The improper ratio can result in brittleness and/or loss of strength in the cured epoxy. Incomplete mixing of the two parts will also cause problems. Spend at least one minute to thoroughly mix the two components.

The vast majority of problems with epoxies are temperature related. Most epoxies need an environment that exceeds 70 degrees F. while they are curing. Heating the epoxy hours after mixing will not solve the problem of improper curing. The temperature must be correct during the initial curing time. Maintaining proper temperature control in your workshop will solve most epoxy problems; however, since the majority of workshops are garages where work is mostly done at night when temperatures are low, temperature control can be impractical. In this case there are two options. First, the two epoxy components can be pre-heated before mixing. We have found heating epoxy bottles without their tops in a microwave oven to be the quickest method. The bottles should be heated to where they are only slightly warm to the touch, which usually only takes 10 to 20 seconds, with the resin (black top) taking less time. Do not mix components that have been overheated, as the cure time will be greatly reduced.

The second option is to heat the epoxy after is has been mixed with a heat gun. This should be done both before and after applying the mixed epoxy. If your workshop is particularly cold, run the heat gun over the epoxy again about 15-30 minutes after applying. If you are bonding metal, pre-heat it for best results. Of course, during summer none of these precautions usually need to be taken.

My 30 Minute epoxy started to cure in only 10-20 minutes. Did I get mis-marked bottles?

The minute designations on our epoxies are the amount of time one has before the components start to cure to a taffy-like consistency when mixed on a flat surface (such a s the flexible plastic top to a coffee can). Higher temperatures will reduce the working time. As epoxies cure, heat is created. If a larger amount of epoxy (1 oz. or more) is mixed in a cup, a mini-reactor is created which concentrates the heat of curing which causes the epoxy components to kick-off faster which creates more heat which further speeds the curing, creating more heat, so on and so on. On warm days, you can end up with a smoking blob. Lay down parallel, equal lengths of each component before mixing them together to get consistent results.

My cyanoacrylate has been working great but today I can?t get it to stick two pieces of wood together. Did the CA suddenly go bad?

Not usually. CAs cure (polymerize) when pressed into a thin film in the presence of an alkali environment. In general, ambient humidity in the air and on the bonding surface provide the proper pH to initiate cure in a few seconds. The best bonds are achieved when relative humidity is 40 to 60 percent at room temperature. If the surfaces to be bonded are excessively dry or are acidic, the curing can be much slower or not occur at all. In such cases, INSTA-SET? accelerator should be sprayed on one surface and CA on the other. INSTA-SET? is formulated with a high pH that initiates curing in less than 8 seconds.

The CA can lose its potency if exposed to higher temperatures for an extended period. A bottle of CA in a tool box that is left to sit in the summer sun or a bottle that is exposed to direct sunlight will greatly increase the aging process. The CA tends to thicken and turn darker as it ages. Kept in cooler surroundings, our cyanoacrylates will maintain its potency for two years or more. A good test for thin CA is to shake the bottle and notice how long it takes for all the bubbles to disappear. If it takes longer than 3 seconds, the CA is on its way downhill. It will still form strong bonds, but they will be slower and with less penetration.

Using the wrong consistency of adhesive on a joint will also lead to problems. Thin CA should not be used on end grain balsa wood. The CA can be "sucked" up the fibers of the wood for an inch or more, i.e. the CA is drawn away from the bonding surface. Thicker CA should be applied sparingly to only one surface. The best bonds are achieved if only enough adhesive is applied to fill a gap.

Can anything be used to thin CA (decrease its viscosity)?

The only substance that can be added to thicker CA to reduce its viscosity is thin cyanoacrylate. Any other additive will quickly harden the adhesive.

What can I use to bond clear plastics without getting the frosting effect that occurs with regular CAs?

When CAs cure they volatize, creating the appearance of a white haze around the bondline. This phenomenon occurs when the cyanoacrylate monomer reacts with moisture in the air, and settles on the part. On areas where this may be a problem, SUPER-+? is ideal, especially for clear plastics. You will want to use the minimum amount of CA, so a regulate or extra-fine extender tip should be used to apply to the SUPER-+?. It works best to apply the CA to the area on the clear plastic to be bonded. This way if you make an error in the placement of the two parts adhesive does not get on areas you want to remain clear. SUPER-+? sometimes has a tendency to ?string? as the glue tip is pulled away from a surface. The "string" that may be created can be drawn to the clear plastic by static electricity, which can ruin your whole day. It is best to wash the clear plastic with plain water and wipe it dry before bonding. INSTA-SET? accelerator can be used to immediately cure the SUPER-+? since it will not affect clear plastic. (INSTA-SET? actually works as a great surface clearer. Use it to remove the residue adhesive from adhesive backed labels.)

Is cyanoacrylate toxic, and does odorless CA just cover up what will still be toxic effects?

Cyanoacrylate is not toxic! The fumes from CA are a vaporized form of the cyanoacrylate monomer that irritate sensitive membranes in the eyes, nose and throat. They immediately are polymerized by the moisture in the membranes and become inert. They do not penetrate into human internal systems. In fact, CA that is used to suture wounds avert some of the infections that occur in stitched wounds. It also eliminates the need for stitch removal because it sloughs off along with the outer layer of skin after a couple of weeks. Cyanoacrylates have been successful in grafting skin, bone and cartilage; repairing eyes; closing dangerously ballooned blood vessels in the abdomen; and stopping spinal fluid leaks.

About 5% of the population can become sensitized to CA fumes after repeated exposure. Just a small exposure can result in flu-like symptoms. Our odorless SUPER-+? CAs eliminate any adverse reactions. The most common misnomer about CA is that they contain cyanide and that the fumes will poison you. Not True! Period. Case closed.

Why is SUPER-? so expensive, and why does it have a shorter shelf life?

the nature of the beast. The raw materials for odorless CAs are universally extremely expensive and limited in supply. Their shorter shelf life is an unavoidable result of their chemical makeup and adds to its marketing costs. The SUPER-??s have a maximum shelf life of 1 1/2 years under ideal conditions.

My colored cap sometimes can be difficult to take off. What can I do?

The different rates or shrinkage in the various colors of plastic we use for our caps and tolerance variations in molds can sometimes result in caps that fit too tight. A twisting motion as you pull up on the cap is usually all that is needed to remove it. If you find the cap too difficult to grip, take a spare 1/4 - 20 or 1/4 - 28 metal nut and self-thread it onto the top of the cap, which will give you a better grip. When using INSTA-? super thin CA, we recommend using teflon tubing or an extra-fine extender tip. They can remain part of the top and the blue cap can be set aside without having a significant affect on the shelf-life. The finer tips allow more precise control of the thin CA and greatly resist clogging.

How to use Cyanoacrylates

Heat and moisture will decrease the shelf life of CAs. Unopened bottles can be stored in a freezer or refrigerator, but allow them to reach room temperature before using. Keep your bottles in a cool place that won?t be exposed to direct sunlight and store away from bottles of accelerators. Due to the freshness of our CAs, their shelf life is guaranteed for 24 months.

For the initial opening of the top, loosen and retighten the top first to relieve internal pressure, then hold the bottle against a near vertical surface and cut off the top 1/32" with a knife or razor blade without squeezing the bottle. To prevent clogging, do not let the tip of the nozzle touch a surface that has been sprayed with INSTA-SET?. Before replacing the colored cap, set the bottle down hard to knock the remaining CA back into the bottle before squeezing it in an upright position to blow air through the nozzle, then wipe the tip clean.

With all CAs, the closer the parts fit together, the stronger the bond. Always hold the bonding surfaces together as tightly as possible. Any rough spots on the mating surfaces should be smoothed out. Although CAs will hold objects together with considerable strength within seconds, the full strength of the bond is not reached for several hours. Allow for this before subjecting parts to maximum stress. Also, CAs are generally a little less brittle and have higher strength when they are allowed to cure on their own.

Show per page
Write Your Own Review